As the year is coming to a close, I’m reflecting back thinking about all of those shows I went to, trying to pick the best one.  My top pick was not one, but a whole leg of a tour.  By far, my favorite concert experience of the year was Temple of the Dog’s West Coast tour!  I attended all five shows- two in San Francisco, one in Los Angeles and two in Seattle.  Temple had never toured and I wasn’t taking any chances that they’d tour in the future, so I went to all of them!  Sometimes it was on a hope and a prayer, especially for the Paramount shows in Seattle as tickets were very hard to get.

Mother Love Bone, Pearl Jam, Soundgarden and Temple of the Dog are all very important to me and have been for decades.  Since first hearing Pearl Jam and Soundgarden in the 90s, to later discovering MLB (as a result of TOTD), I don’t think a week of my life has gone by without listening to one of their albums.  Fantastic Negrito opened each show and I thoroughly enjoyed his set too.  Check him out if you haven’t heard of him.  After seeing him for the first time in SF night one, I made a point to be in the venue at doors so as not to miss him. 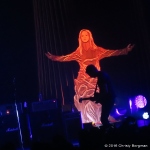 I was lucky enough to get the setlist night one in Seattle: 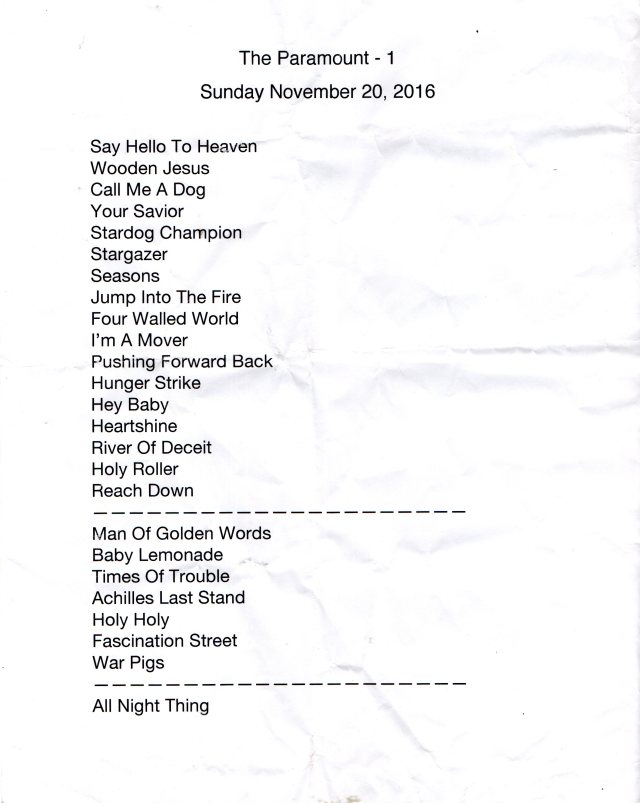